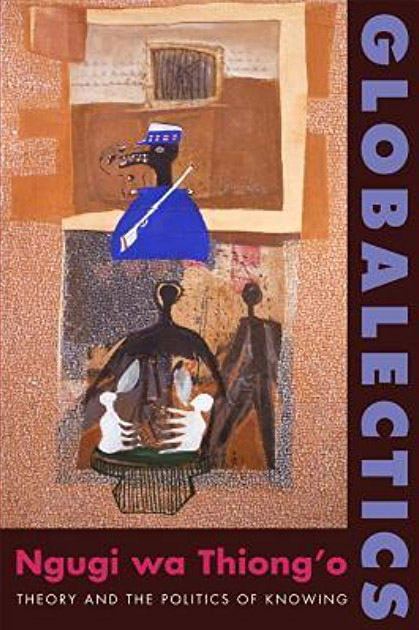 Globalectics: Theory and the Politics of Knowing

In this volume, Ngũgĩ wa Thiong’o summarizes and develops a cross-section of the issues he has grappled with in his work, which deploys a strategy of imagery, language, folklore, and character to “decolonize the mind.” Ngũgĩ confronts the politics of language in African writing; the problem of linguistic imperialism and literature’s ability to resist it; the difficult balance between orality, or “orature,” and writing, or “literature”; the tension between national and world literature; and the role of the literary curriculum in both reaffirming and undermining the dominance of the Western canon. Throughout, he engages a range of philosophers and theorists writing on power and postcolonial creativity, including Hegel, Marx, Lévi-Strauss, and Aimé Césaire. Yet his explorations remain grounded in his own experiences with literature (and orature) and reworks the difficult dialectics of theory into richly evocative prose.

In an ever-shrinking world, this book demonstrated the need to understand the similarities and differences in the stories we tell each other.
—Publishers Weekly

Globalectics is an outstandingly succinct, grounded, and wide-reaching study that will be of interest, and an inspiration, to many scholars, especially those working and teaching in the fields of globalization and of postcolonial and comparative literary studies.
—Erica Lombard, Modern Language Review