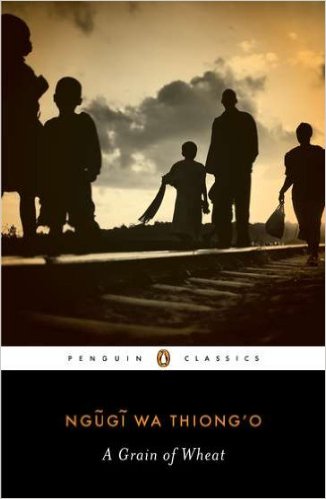 A Grain of Wheat

Set in the wake of the Mau Mau rebellion and on the cusp of Kenya’s independence from Britain, A Grain of Wheat follows a group of villagers whose lives have been transformed by the 1952–1960 Emergency. At the center of it all is the reticent Mugo, the village’s chosen hero and a man haunted by a terrible secret. As we learn of the villagers’ tangled histories in a narrative interwoven with myth and peppered with allusions to real-life leaders, including Jomo Kenyatta, a masterly story unfolds in which compromises are forced, friendships are betrayed, and loves are tested.