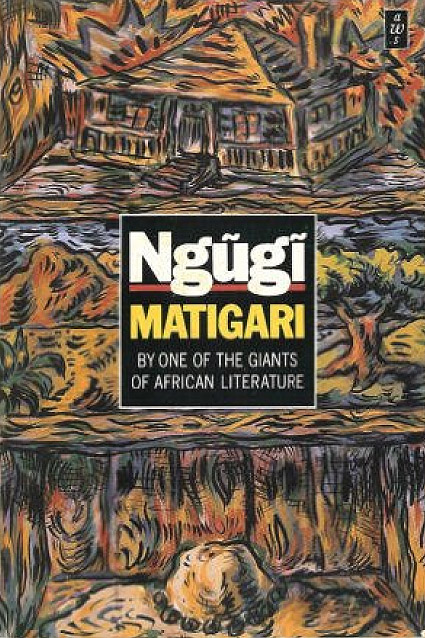 Who is Matigari? Is he young or old; a man or fate; dead or living… or even a resurrection of Jesus Christ? These are the questions asked by the people of this unnamed country, when a man who has survived the war for independence emerges from the mountains and starts making strange claims and demands. Matigari is in search of his family to rebuild his home and start a new and peaceful future. But his search becomes a quest for truth and justice as he finds the people still dispossessed and the land he loves ruled by corruption, fear, and misery. Rumors spring up that a man with superhuman qualities has risen to renew the freedom struggle. The novel races toward its climax as Matigari realizes that words alone cannot defeat the enemy. He vows to use the force of arms to achieve his true liberation. Matigari is a satire on the betrayal of human ideals and on the bitter experience of post-independence African society.

“Ngugi wa Thiong’o has succeeded in creating a fascinating and revolutionary concept of genre… Matigari is both a novel at the same time as it is an oral narrative performance. [Matigari] is likewise equally a hagiography as it is a myth.”
—Lewis Nkosi

“Soon after Matigari’s publication, its hero was mistaken by the paranoid, dictatorial government of Kenya as a revolutionary agitator plotting to overthrow the government, which promptly issued a warrant for his arrest! When the ensuing extensive search across the country finally revealed that Matigari was only a fictional hero, the book which had given birth to this phantom, this Matigari … was immediately confiscated and banned from circulation.”
—F. Odun Balogun