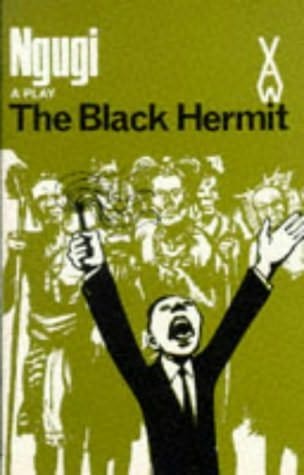 In this play, Remi, the first of his tribe to go to university, ponders whether or not he should return to his people. Or should he continue to be a black hermit in the town? Amidst the backdrop of a politically torn country, Remi himself is torn between his sense of tribalism and nationalism. This struggle runs deep, as he finds it at the heart of his afflictions between himself, his marriage and familial relations, and his greater sense of obligations to his people and the country. The overwhelming nature of these problems drives him into isolation as a black hermit. His self-imposed exile into the city leads him to find contentment in the Jane, his new lover, and nightly clubbing. However, after he is lobbied to return to the tribe, he must now confront the demons of his past.

The Black Hermit was the first published East African play in English. The play was published in a small edition by Makerere University Press in 1963, and republished in Heinemann’s African Writers Series in 1968.